Sticky Inflation
September’s inflation reports provided little evidence that inflation was moderating
meaningfully. The Producer Price Index's first report on inflation showed a 0.4%
increase in supplier prices over August and an 8.5% increase 12 months ago. While
down from August's 8.7% rise, it was higher than market expectations. The subsequent
release of the Consumer Price Index showed consumer prices rising 0.4% in September
and 8.2% year-over-year. More troubling was core inflation (excludes energy and food
prices), which gained 0.6% in September and registered an increase of 6.6% from a year
ago–the biggest 12-month increase since August 1982.  The main problem here is the data
being reported in the CPI the Fed uses is terribly laggy.  In some cases more than two
quarters behind.  Not real time data.  In today's world you'd think there would be some
real time dashboard for the official CPI.  There isn't.  Just as an FYI.

As for inflation and the market there's a chart I'd like you to see. 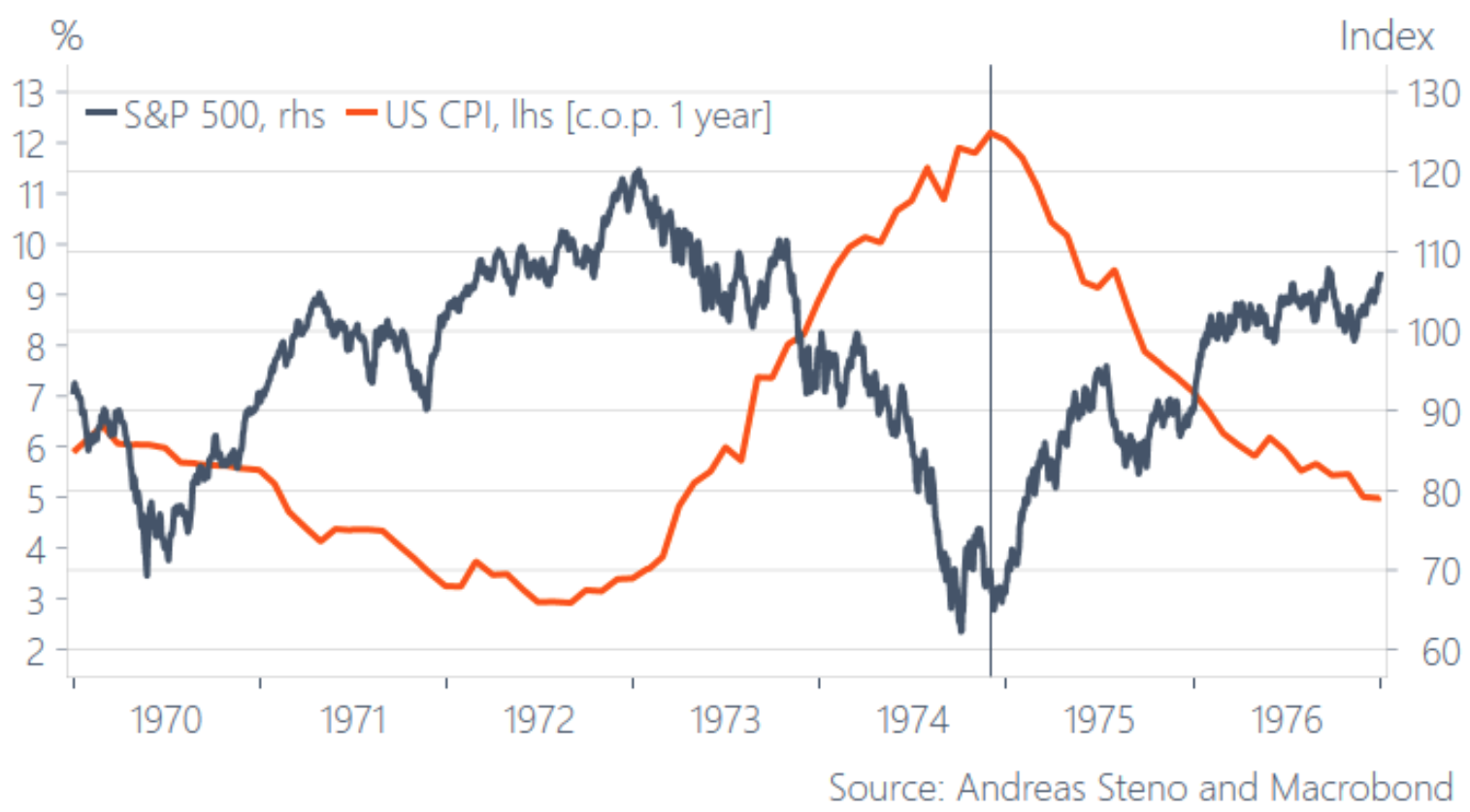 The time series is during the early 1970s. The blue line is stocks, the orange line is
inflation. You can see that stocks bottomed when inflation peaked, and then rallied
as inflation was coming down. As mentioned above and in prior updates is the idea
that the data feeding into the CPI is severely lagging, and we expect it to come down
a lot in the future. This last print was likely the peak of core inflation.  Sure, it could
go higher, anything could happen.  However, the soft, somewhat real-time data
doesn't show inflation going higher.

The only inflation input I worry about is oil.  The current administration has made
some pretty big policy mistakes and have rune the strategic petroleum reserves down
to 1980's levels.  If they decide it prudent to refill said reserves, it could push oil prices
higher right at a time when that's the last thing we need.  Unfortunately, they drained it
for political reasons and it seems as if those efforts will be wasted.  I discussed this
more in last week's update, but here is a copy of the chart in case you missed it. 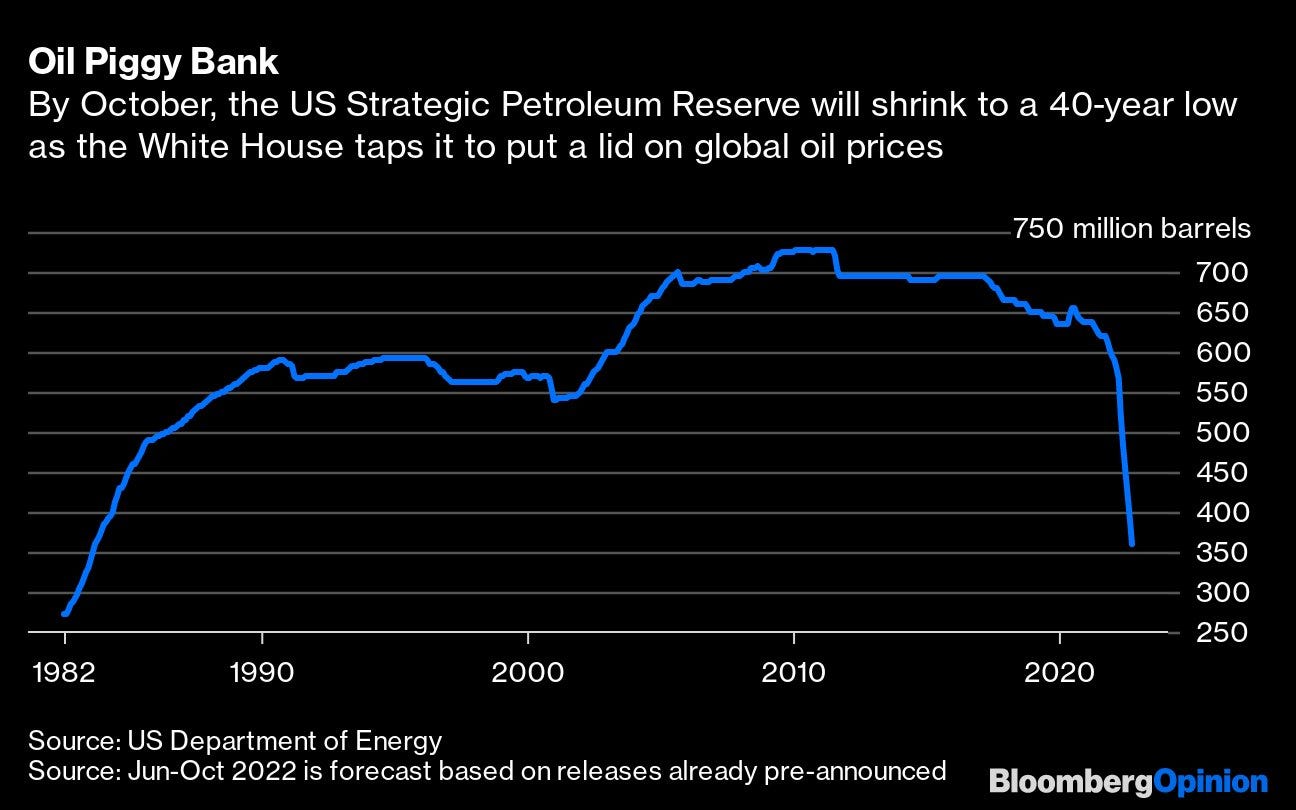 Our 4th quarter update will be going out late this week and will replace the weekly
update next Monday.  Have a great week!