news vacuum ahead of the second-quarter earnings reports. Investors also appeared to be

there was proved generally disappointing. A steep decline in consumer confidence preceded

Fed Chair Powell's acknowledgment that inflation may persist. Stocks stumbled after a profit

warning from a high-end retailer, which highlighted recession risks. The sentiment suffered

from a 4.7% increase in the core personal consumption expenditures index, which is the Fed’s

preferred measure of inflation. It remained near levels not seen since the 1980s.

current conditions slipped only marginally, their short-term outlook for income, business, and

and a deep recession and those who expect a milder turn down with a Fed pivot by year end. What

do I think? Well, I would expect some earnings deterioration in a slowdown, but is some of that

already priced in? I also expect a Fed pivot. Treasury yields are already telling us that. The 10 year

U.S. Treasury yield peaked back on June 13th with the hot CPI number at 3.48%. Today we sit at

0.75%. The economy, at least parts of it, have really hit the brakes in short order. Inflation is peaking.

Oil is only down 10% today as of this writing.

So, why the numeric data dump? Well, stocks like the Fed on their side and it won’t be too long

before that might be the case again. When we get to that point, it doesn’t mean stocks will go straight

up, but it probably means they stop going down. Remember, the market is forward looking. Much of

the data we see is rearview mirror information, meaning it already happened. Ever tried driving your

car looking in the rearview mirror? Well, there you go. We will likely continue to see a lot of volatility

until July 13th when we get the latest CPI. I am not a gambler, but, if I were, I would bet the June CPI

number was the peak. The next hurdle is corporate earnings. We’ll have to wait for those. Of course,

performance turns out to be the case. Most good companies would guide down ahead of earnings if

they really whiffed in the quarter. We haven’t heard a lot of that. Forward guidance for the remainder

of the year will be what the market wants to learn about.

I am working on our Q3 Update and outlook and it will probably go out next week. I’d like to wait

until after July 13th when we have the new CPI data, but I try to get them out as early in the quarter as

possible and it also feels a little like taking an open book test by waiting. However, it’s only a week

away and a little more information may provide for more relevance. And who doesn’t like an open

book test? In any event, our Q3 update is in the works.

Finally, if you’re the praying type please say one for my sweet dog Lucy. We’ve been to the vet 3

times in 4 days with one trip to the veterinarian emergency room. She’s 12 now and has lived a

relatively healthy life until recent. She had a non-metastasizing type cancer removed from her elbow

a few weeks ago and was doing great. The stitches were removed last Thursday and she seemed perfect.

By Friday night she couldn’t walk. I’ve had to pick her up and carry her all around and outside since.

She weighs about 70 pounds, so I’m getting my exercise. We hope it is just some kind of infection,

which she is being treated for, but we have an appointment with a doggie oncologist next week to rule

out anything more nefarious. There are dog people and non-dog people. Either is okay. But, if you happen

member of the family. Certainly the case here. Anyway, we would appreciate your thoughts and prayers. 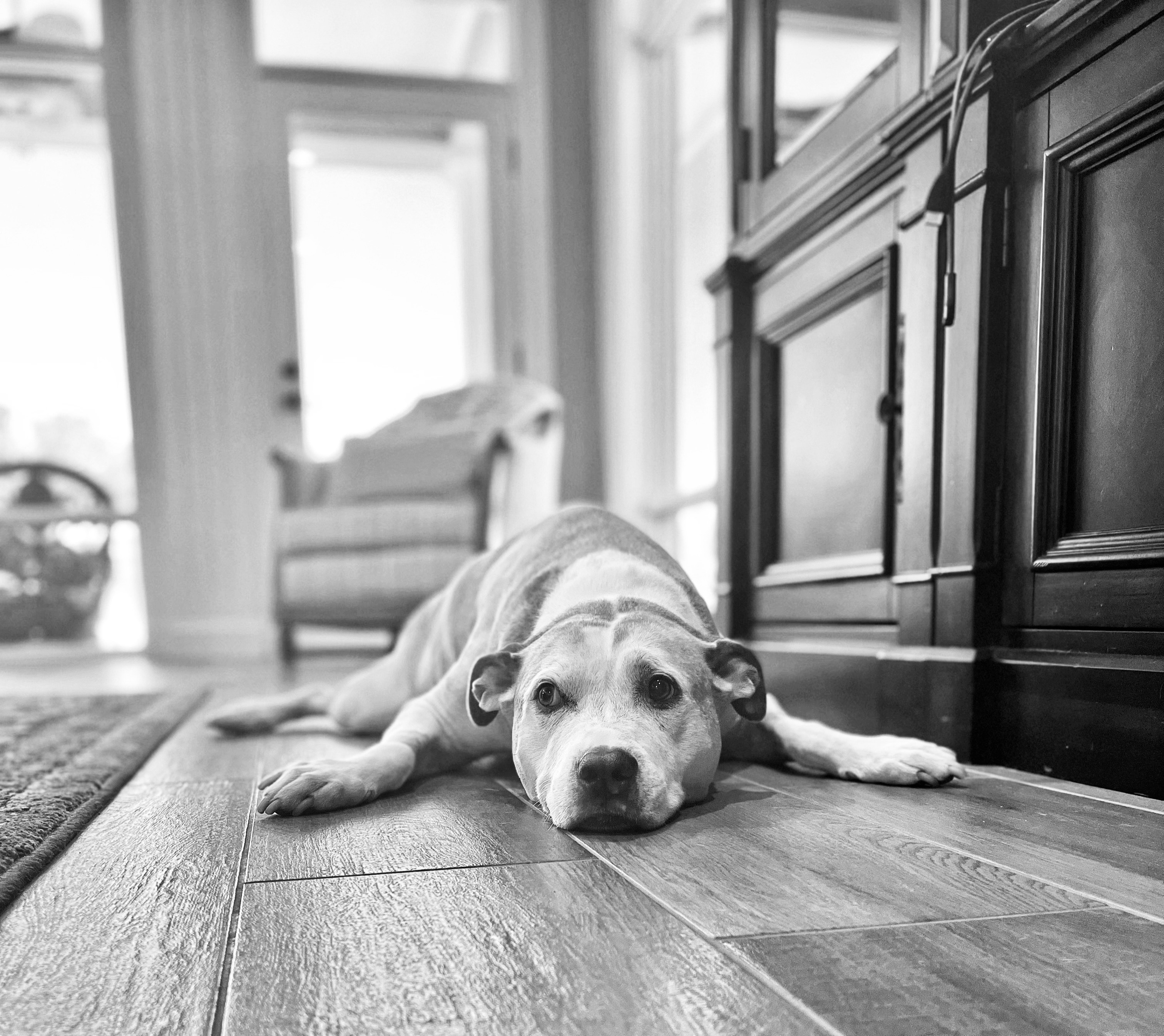 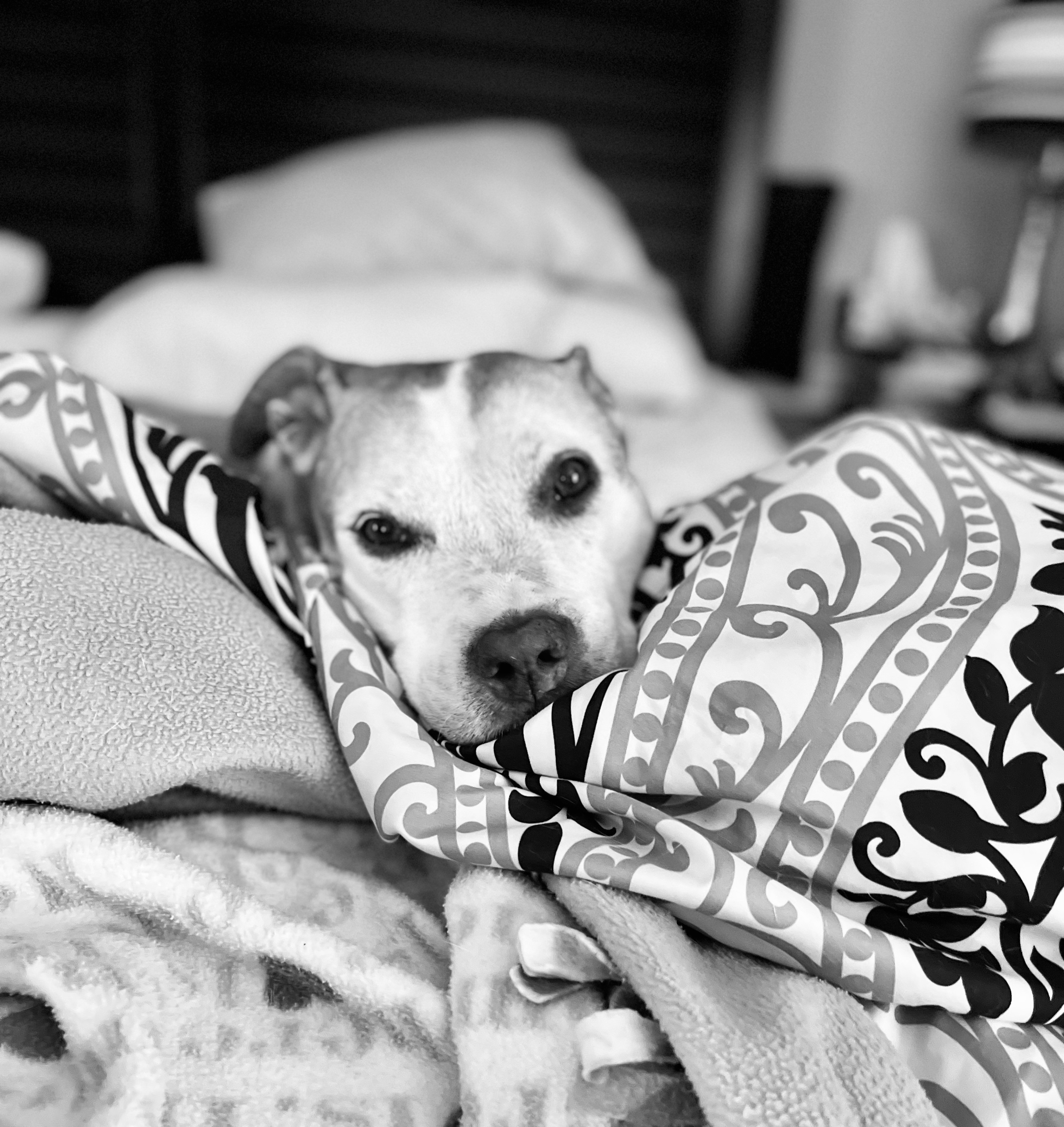 Have a good week.